As a Phoenix AC service, Chas Roberts has an appreciation like no other for Willis Carrier, inventor of modern air conditioning. Not only did Carrier make it possible the creation of an artificial climate, he revolutionized American working environments. The Phoenix AC maintenance crew at Chas Roberts applauds him. 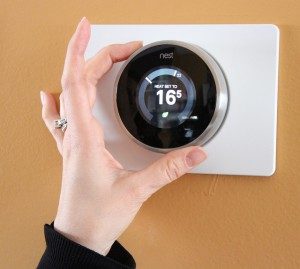 Willis Carrier was born in 1876 on a farm in Angola, New York. He studied engineering at Cornell University and graduated in 1901. Following his graduation he started work at Buffalo Forge Company. Just one year later he sketched and submitted drawings of what would later be recognized as the world’s first modern air conditioning system. In 1904, he applied to be granted a patent on the invention, which he received in 1906.

In 1911, Carrier developed the Rational Psychrometric Formulae, which is used to find and analyze the relationship between temperature and humidity and their role in creating a comfortable environment. In 1913, Carrier took his original invention a step further and created the Carrier Air Humidifier. Three years later, Carrier’s air conditioner was installed at the Barber Creamery in Chicago, making it the first air-conditioned dairy products. Though revolutionary in the working world, Carrier’s invention did not become a household item until 1926.

Willis Carrier died October 7, 1950 in New York City. In 1985 Carrier was inducted into the National Inventors Hall of Fame, and in 1988 he was named one of TIME magazine’s “100 Most Influential People of the 20th Century.”

For more information about Chas Roberts’ Phoenix AC services contact us today and ask about Phoenix AC maintenance. Be sure to check out our blog for the latest in HVAC news!

Save big by checking out our latest deals and financing options.

If you’re experiencing an A/C emergency, give us a call now. Our services include weekends and holidays with no additional cost.